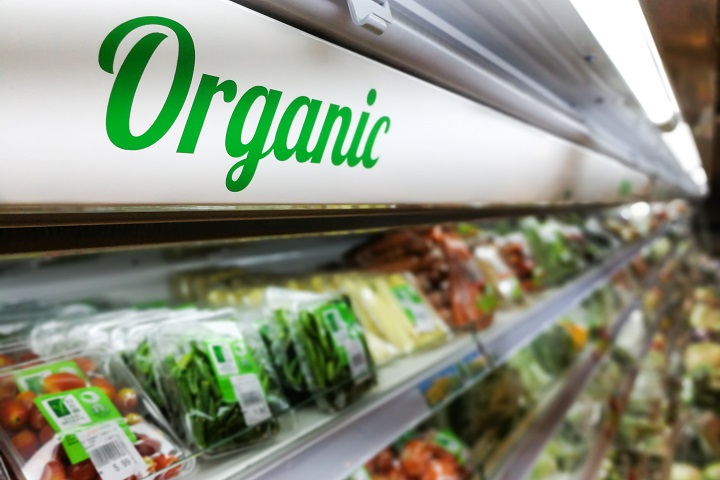 The UK’s organic market has reached its highest level of growth in 15 years, rising some 12.6 per cent to now be worth £2.79bn.

The impressive rise was revealed in the Soil Association’s Organic Market Report 2021, published today, which reported on the rise during the course of 2020.

The market has now reached its highest growth rate in 15 years, outperforming growth in the non-organic sector. This is the highest year on year growth rate in the organic market since 2005, with a 10th consecutive year of growth.

Other highlights in the report included:
• During 2020, more than £50m per week was spent on organic food and drink.
• The market is on target to reach £2.9bn by the end of 2021.
• Online and home delivery sales fuelled much of the growth in the organic market in 2020, with sales increasing by 36.2 per cent, meaning this channel to market accounts for almost 25 per cent of the total sales (supermarket online sales are included).
• Growth in the organic market was also reported across beauty and wellbeing and textiles. Sales of Soil Association Certification-certified beauty and wellbeing products grew by 13 per cent, to reach a total £120.2m in 2020. Sales of Soil Association Certification-certified organic textiles grew by nine per cent, to be worth £49.5m, despite a 20 per cent decline in global fashion sales in 2020.

Finn Cottle, Trade Consultant at Soil Association Certification, commented: “The unprecedented crisis of 2020 has brought immense challenges across the entire food supply chain – not least for organic businesses. So, it’s significant that in times of crisis, people are turning to organic products for the assurance of transparency, integrity and quality they provide. Organic is now rightfully recognised as the cornerstone of a resilient food and farming system and a vital part of the solution to the climate, nature and health crises.

“With the organic market growing faster than ever and expected to reach £2.9bn by the end of 2021, there is a huge opportunity for organic businesses to innovate and continue growing the market.”

The report also revealed that almost one in four organic products were purchased online in 2020, and the organic online and home delivery channel reached close to £500m, surpassing independent retailer sales for the first time.

Independent retailers faced mixed fortunes; whereas several city centre stores closed, high street and community stores experienced huge increases, with people choosing to shop locally. Overall, this amounted to a 0.9 per cent rise in the organic market through independent retail. Foodservice took a hit due to closures in the private sector, with an overall decline of 23.2 per cent, although sales of organic into public procurement continued at a stable level.

The organic market is now on track to reach £2.9bn by the end of 2021, with many new organic shoppers expected to remain loyal to the sector as they look to support a food and farming system that supports a safe climate, better biodiversity and improved health.

• Look out for the next issue for a detailed look at the report.